CLICK HERE FOR FULL SCORE AVAILABLE THROUGH GIA PUBLICATIONS! We are so excited about this resource.

History of Air: In Irish, the title of this melody means “The Golden Castle,” and the first time I heard it was on Martin and Christine Dowling’s CD A Thousand Farewells. The tune was written by Martin ‘Junior’ Crehan, a fiddler from County Clare (hear him play his melody at minute 3.41). Apparently, he took a slower air, “Caoineadh an tSagairt (The Priest’s Lament),” and injected some liveliness into it to make it into a ‘hornpipe’ (a dance tune). In the middle of the 20th century, Junior saw traditional music falling in popularity, his music friends emigrated to England or America, and his beloved fiddle mentor and friend passed away. In an interview, Junior shares the deep sadness he experienced during that time: “I used to go down the road, and I used, honest to God, I used to nearly cry.”

Yet, during his lifetime traditional music saw a welcome revival in Ireland and a 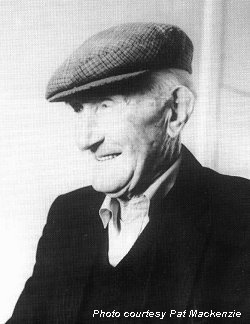 broad. An article from 1992 describes one of Junior’s regular music sessions, and you can just picture the scene. “Suddenly an elderly man wearing a cap strolls into the room and is greeted with cries of welcome; you notice he is carrying a fiddle, then you realise that there is a little stage in one corner.  After acquiring a ‘pint of stout’ from the bar, the man with the fiddle mounts the stage, followed by several other men of the same generation carrying fiddles, whistles and bodhrans.  After some desultory tuning and adjusting of the ‘amplification’, they break into a lively selection of reels.  Very soon the dancers are on the floor and Junior Crehan and his colleagues – known affectionately to their family and friends as ‘Dad’s Army’ – have begun another night of music and dancing at Gleeson’s.”

I’d like to think that Junior would have appreciated his tune being used to express deep sorrow that leads toward a sense of hope, as we have done with our Celtic Psalm arrangement.

Psalm 61: This psalm begins on an urgent note: “Hear my cry, O God; listen to my prayer. From the end of the earth I call to you, when my heart is faint” (NRSV). The writer is in distress, feels far away from help, and is losing strength rapidly. Having expressed the desperate plea for God to listen, the writer then asks to be

led to a place of refuge – “the rock that is higher than I” and “a strong tower against the enemy.” The imagery here is striking. Considering the landscape of Ireland, every monastery during the thriving era of early Irish Christianity contained a ’round tower’ that was, quite literally, a high stone tower that served as a place of refuge if the community was ever attacked. We can imagine an Irish Christian in, say, the 5th century, praying these words with the visual of the very tower that sat in the heart of their community – a place of safety and comfort.

In this psalm, there is movement from a desperate plea to a profession of praise, but it’s significant that the writer doesn’t skip over the lament before moving toward hope. “The prayer of lament portrays human life at its most desperate and vulnerable. The inclusion of these prayers in the Bible and in Christian spirituality communicates that human beings are still loved by God, even in their most desperate and self-serving moments” (Billman and Migliore, Rachel’s Cry: Prayer of Lament and Rebirth of Hope, p. 193). Not only does God love us through our times of distress, but God hears us, and leads us towards a place of refuge.

How to Use This Song: I like to use this song as either a call to prayer or a response to prayer. It can be done fast (as on our CD) or it can be slowed to a more meditative pace (click below). We did this recently with a small choir  – we did verse 1, allowed space for the pastoral prayer, then came back with verses 2 and 3. It was very moving. Listen here for that recording. The prayer is by my friend, Rev. Sarah Schmidt-Lee at First Congregational Church, Kalamazoo.

This song is also a favorite among youngsters, and I’ve incorporated it a few times into a children’s sermon. I point out the line From the end of earth I call to you when my heart is faint, and I ask, “What do you think this person means by “the end of earth?” Answers range from “Texas!” to “Hanging off the edge of a cliff!” to “feeling lonely.” The thrust of the message: it’s okay to call out for help, God listens to us when we cry out, even when we think we’re at the edge of the world and that no one can hear us.

See the GIA songbook for vocal harmonies, guitar chords, instrumentation, and piano accompaniment. The fast version sounds best with the bodhran (Irish drum), but any kind of hand drum will also work.

Personal Note: We absolutely love singing this song. One night when the McGraths and I were working on our arrangement, Kelly McGrath said, “Hold on, wouldn’t that work as a round?” We then went into fits of giggles trying that out, because we found that it doesn’t work as a round through the entire song – only the first and third portions. The second part sounded like a complete mess! However, we decided that rather than giving up on the round altogether, we’d come back together for part two, then branch out into the round again to finish the song. Once we mastered it, we’ve found that this song always brings us a sense of joy at the end!

Hear us sing Hear My Cry, O God in a Vespers service at the Calvin Worship Symposium, Jan 2017 (scroll to min 27)

How have you used this song? Or, if you haven’t tried it yet, how do you think you might incorporate it into a worship service? We would love to hear!

Celtic Psalms for Resilience Playlist The psalms are an endless supply of something we all need right now: ... Spring Concerts Coming Up! Hello! We’re excited to announce a few concerts coming up in Spring ...

Celtic Psalms from Lent into Easter